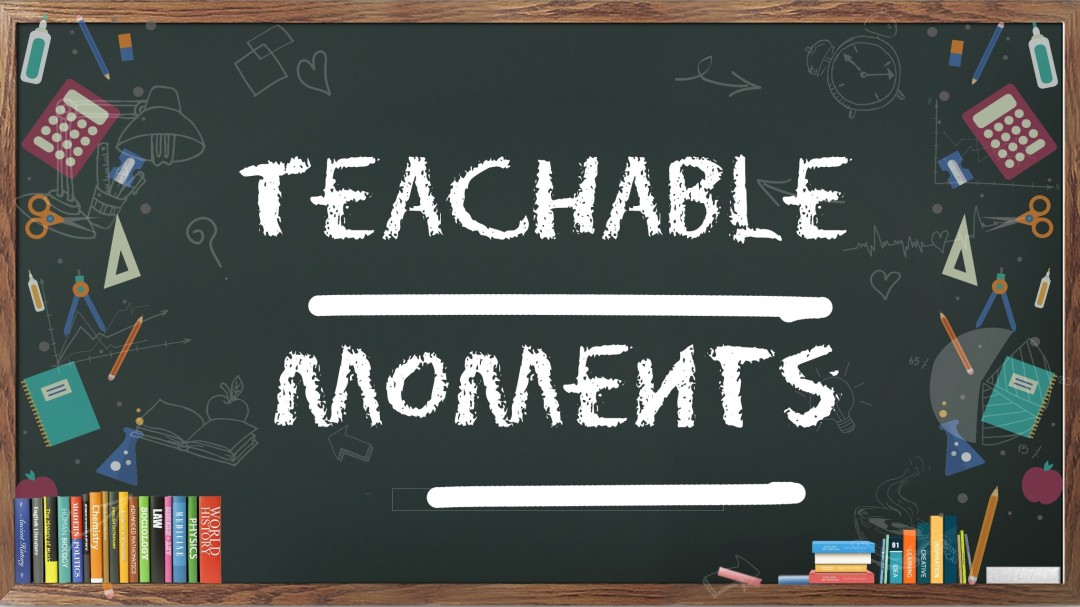 In The Advent of Divine Justice Shoghi Effendi declares, “… Every organized community enlisted under the banner of Bahá’u’lláh should feel it to be its first and inescapable obligation to nurture, encourage, and safeguard every minority belonging to any faith, race, class, or nation within it.”

There are several things that Black and Indigenous believers experience when we engage in conversations about race with those who have not made our nurturance, encouragement and safety a priority. These occur in person as well as on virtual platforms.  It is not unusual for us to hear that we are overly sensitive, divisive, not patient enough, and/or ungrateful. The predictability is painful enough that many of us opt out of participating, or step away from the Faith. With heightened awareness of the racial divide in the nation, the conversations are happening with increasing frequency. Some discussions involve people new to examining issues of race, some involve those who consider themselves seasoned veterans.

In the interest of lessening the burden on Black and Indigenous Bahá’ís, here are a few Teachable Moments.

Teachable Moment #1. When Black, Indigenous folks and other people of color tell you what offends and hurts us, listen. Your growth helps all of us. In an online forum for example, we may have devoted a great deal of time and energy educating you.  If you are angry or embarrassed and delete the post, that erases our emotional labor and prohibits others from seeing your transformation. It isn’t just inconvenient, it’s offensive because we cannot educate you without reliving past traumas.  If we point out why a post is problematic the proper response might be, “I’m still learning and I hadn’t considered that perspective. I’m sorry if this caused you pain. Thank you for taking the time to educate me because I know it’s not your responsibility.” And not, “I’ve been doing race amity work for decades so I know what I’m doing here! Besides, my Black friend says it’s okay!” See tokenizing.

Teachable Moment #2. DARVO. In conversations about race, it’s not unusual for people who exhibit racially insensitive behavior to Deny the behavior or the intent to behave badly, Attack the person who has called attention to the racially insensitive behavior, then Reverse Victim Offender by claiming to be the aggrieved party. It’s fairly common, but still disheartening to experience. See also, “white tears” and “white fragility“.

Teachable Moment #3. When discussions about race take place in spiritual settings, it is fairly common that once Black and Indigenous people express our pain and frustration, someone will show up to weaponize the Sacred Text. The latter involves selecting passages from the Writings and Guidance that will serve to silence those of us from marginalized communities. Frequently passages involving unity, love and overlooking faults are chosen, rather than ones that center justice. Frank and honest discourse can not take place if the baseline metric is that all parties have to remain comfortable. Being victims of racism is not comfortable. Yet the net result is that the onus remains on Black and Indigenous believers to tolerate ongoing racially insensitive behavior.

Teachable Moment #4. At some point, you may be tempted to share your résumé, including listing all the wonderful service you’ve rendered to marginalized communities,  the sacrifices your family has rendered for the Faith, the money you’ve donated to great causes, or the number of Black friends and relatives you have. However laudable your actions, however extensive your familial connections, or which well-known Bahá’ís you’ve worked with,  they do not inoculate you from the disease of racial prejudice nor do they justify whitesplaining.

Teachable Moment #5. As a friend of mine is fond of saying, “You can not wake up people who are pretending to be asleep.” Someone you know says something racially insensitive and is asked to refrain, or is challenged on prejudiced perceptions. This is not the time to make excuses or demand that everyone be nice to your friend. Justice requires that we first uphold and defend victims of oppression. Each individual, each LSA, each community dismissing our concerns, or remaining silent while others dismiss our concerns, sends a clear message to us whether we are welcome.

Teachable Moments #6 and #7 –  on tone policing and stereotypes.

When we speak forcefully, we are often subjected to “tone policing.” We are also subjected to this scenario, as brilliantly explained by Ally Henny:

I need for y’all to stop elevating the voices of Palatable Black People®️ that talk about race in ways that keep you feeling comfortable in your whiteness. If you love to hear from people who tell you how racism is wrong and then turn around and try to make it sound like black people are complicit in their own oppression… if you bristle at voices that challenge white supremacy…you don’t really “care about fighting racism.” You want to feel good about yourself and you want your complicity for (sic) go unchallenged. Fix your face.

When we point out racially prejudiced statements and behaviors, the presumption – especially for Black women – is that we are angry. This is not a new trope. We are not allowed to express the full panoply of human emotions. Whether we are tired, exasperated, anguished, grieving, surprised, adamant, detached, amused, or indignant, we are reduced to the stereotype of rage. To be clear, our righteous wrath is absolutely justified given that we are daily subjected to the ongoing oppression of white supremacy. The reality though is that we have chosen not to let it consume us.

Black people are fully aware that white and white/passing people see us only through the filter of anger, so we carefully weigh and measure how to express ourselves. We wear the mask. To do otherwise carries considerable risks, from being accused of fomenting disunity, to jeopardizing our employment, to losing our very lives.

As a result, we don’t get to show up as our full selves in spaces that center white and Persian voices. You don’t get to experience our unbridled joy, our amazing creativity, our steadfast hope, our incredible secrets of constructive resilience. The Faith suffers as a result.

Sadie Oglesby was the first African American woman to go on pilgrimage. In 1927, Shoghi Effendi peppered her with questions about the paucity of Black believers. He told her to be forceful when pressing the issue with white believers when she returned to the US.

When we are forceful, it can be uncomfortable to you though it can be necessary to interrupt the cycle of racially insensitive behavior. You accuse us of being mean. However, if we don’t interrupt the cycle, you will continue to hurt the precious souls coming after us. This illustration by the Master quoted in Some Answered Questions may be helpful.

“… The communities must protect the rights of man. So if someone assaults, injures, oppresses and wounds me, I will offer no resistance, and I will forgive him. But if a person wishes to assault Siyyid Manshadí, certainly I will prevent him. Although for the malefactor noninterference is apparently a kindness, it would be an oppression to Manshadí. If at this moment a wild Arab were to enter this place with a drawn sword, wishing to assault, wound and kill you, most assuredly I would prevent him. If I abandoned you to the Arab, that would not be justice but injustice. But if he injure me personally, I would forgive him.”

Teachable Moment #8  – on allyship. “If you were nicer, you’d have more allies.”

We hear that a lot. Consider that instead of an ally, what we need are collaborators. Collaborators in pursuit of justice, rather than allies who would prefer we limit their discomfort by keeping our tone polite. At a time when Black people are literally being hunted down and shot in the streets, if you are dissuaded from pursuing justice because of our tone, you weren’t interested in pursuing justice in the first place.

Bahá’ís talk a lot these days about collaboration. In The Advent of Divine Justice, Shoghi Effendi makes it clear that the work of eliminating racial prejudice is not something Black people can do alone. In fact, when outlining the roles each race must place, he actually starts with a longer list of tasks for white to accomplish – evincing a “supreme effort” than the list for Black people – who are admonished to show a “corresponding effort”. Each side, the Guardian explained, would have to let go of ideas and habits that were second nature. For whites, that includes a subconscious sense of superiority.

For Black people, it includes suspicion. In a talk based on his essay Centering the Pupil of the Eye: Blackness, Modernity and the Revelation of Bahá’u’lláh, Dr. Derik Smith explained that Black people viscerally recognize how hard it is to let go of suspicion, because that suspicion has served us well over the centuries. It has kept us alive and safe. Whites, he suggests, are not as in touch with how difficult their work is. There are few regular dinner conversations about a subconscious sense of superiority.  If any task requires collaborators, this is it.

Teachable Moment #9. As you begin this work, you will be tempted to approach it the way you’ve approached other problems you’ve needed to tackle, planning a task force and inserting yourself in the middle of conversations because you have Thoughts. You may be tempted to speak up and over the Black and Indigenous folks who have been doing this work all of our lives.

This is unlike any other issue facing the American Bahá’í community. Being intimately familiar with other aspects of the Faith is not sufficient to travel this “long and thorny road, beset with pitfalls”. Gird your loins with knowledge, prayer and meditation. Study the compilations and history of race.  Take the time to hear what Black and Indigenous people are saying. Andre Henry has a great reminder for those who are white and used to setting the agenda: “You don’t need to lead the conversation. What shows us that Black lives matter, is when you listen.”